The baseball world’s loss is the fashion industry’s gain with James Turlington’s epic launch as a male model this year. As the nephew of one of the biggest supermodels of all time, he’s had the opportunity to grow up around fashion—and now he’s ready to play ball.

What was your childhood like?
I grew up in Danville, California, in the East Bay. I was sports-obsessed, and was always playing baseball and basketball. I was outdoors all day. Kobe Bryant was my biggest idol growing up, next to Barry Bonds. I was born in L.A. and grew up going to those games all the time. [Bryant] was the hardest worker. Through baseball, I always prided myself on being the hardest worker as well.

You were a successful athlete yourself.
I played at UC Santa Barbara, where I was a pitcher. I was drafted a few times in junior college by the Astros and the Dodgers. I played in the Dodgers’ minor league system, which [involves] player development for two and a half years. I ended up hurting my elbow again after I had Tommy John [a torn arm ligament]. Unfortunately, I had to retire eight months ago.

And then, the fashion world came knocking! How did you wind up as a model?
It’s not as cool a discovery story as the ones I’ve read about people [being scouted] at the airport or walking on the street. People asked me if I would model, but I was so obsessed with baseball. It’s something that I eventually wanted to do. I’d played [aunt] Christy [Turlington]’s son in shoots when I was a toddler. Evelien Joos Casting from CR Fashion Book had my pictures, and sent them to IMG. Christy e-mailed Anne [Nelson], who is Gisele [Bünchen]’s agent, and I went in the next day. I signed with them immediately. I went back to Santa Barbara to take classes and get in shape. I was 220 pounds at the time, from playing baseball. I took five months and got closer to [finishing] my degree at the same time. I came back to New York at the start of the summer to give fashion a try. Christy invited me by a shoot for Vogue Brazil with [photographers] Luigi and Iango. They loved my look, styled me, and took photos of me on set.

When did you realize your aunt was so famous in the fashion world?
I never really saw her as being that famous. She was just my aunt. I always looked up to her and everything she’s done, such as [her charity] Every Mother Counts, and how she pursued higher education in the midst of being who she is. I saw how people looked up to her and how she was the mentor to so many top models now. People like Carolyn Murphy and Karlie Kloss have all said how amazing she’s been to them.

Did you know Kate Moss and Naomi Campbell when you were a kid?
When I was little, I saw them a few times. After I saw Kate Moss at Fashion Week, Christy told me Kate and I shared a bed in Danville when I was a little baby. They both came for Thanksgiving one year with my grandma, grandpa, and the whole gang. It’s been special to be in this world and reunite with them. 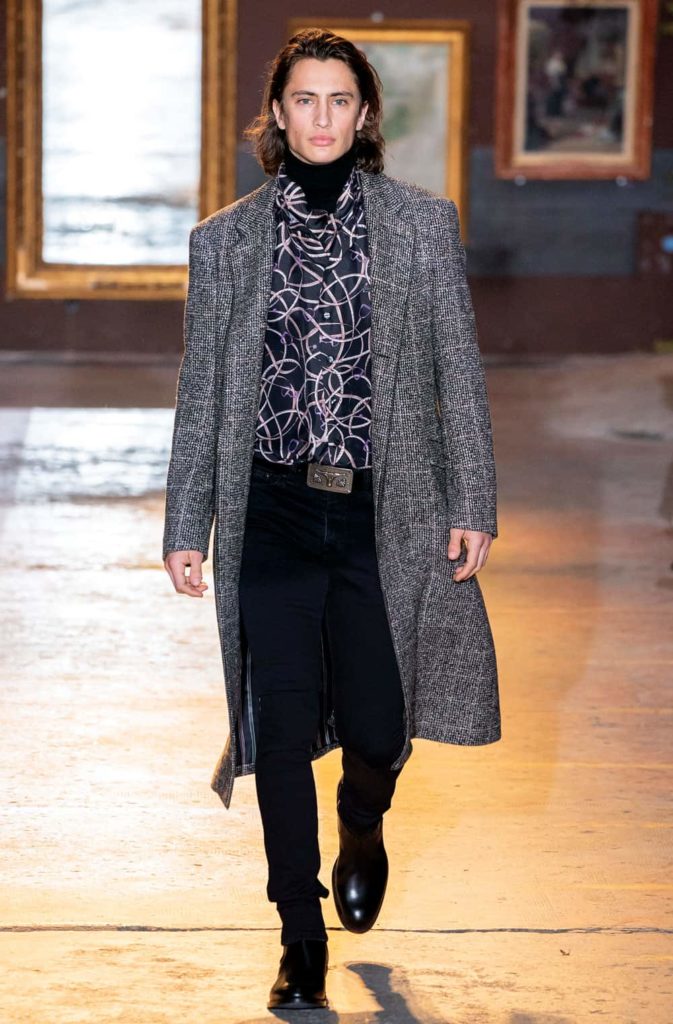 Last season, you walked Brandon Maxwell’s show. What was your first major Fashion Week like?
It was definitely nerve-racking! I feel like I was prepped for it, having Christy in my corner. She gave me all the advice in the world.

You were in Europe this year for shows, and did a great job capturing it all on your Instagram stories. What was that like?
I can’t compare it to anything. The past five months have been amazing. The past two weeks have probably been the most fun I’ve had. It was nonstop busy with shows and shoots. I get to wear amazing clothes. I met Haider Ackermann, which was a cool moment. I did Giorgio Armani’s show. I got to work for Ralph Lauren—I’ve always wanted to work for him. I went from the Dior to Balmain shows on a motorbike, washed my hair in the sink backstage, and got ready in 30 minutes. It was a wild night.

Etro was your first big campaign.
That was amazing. Lauren Hutton, Alton Mason, Abby Champion, and Mark Vanderloo were in it. Cass Bird shot it—someone I had on my dream list. [Stylist] George Cortina is also awesome. It was a surreal day, for sure. 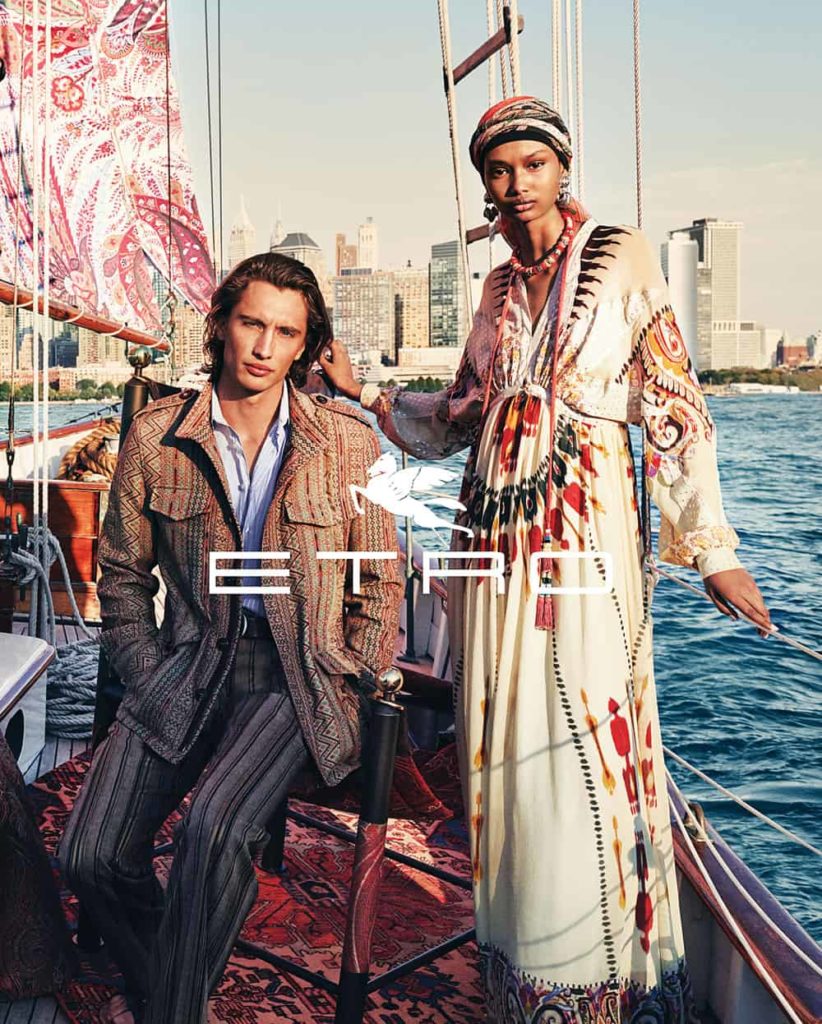 We hear you and your mom are close. Are you a momma’s boy?
Yes, 100 percent. She and Christy have always been my mentors. They’re pretty much best friends. They live a block away from each other.

Do you still have school?
Five more courses. I’m a history major. My college doesn’t offer the courses until the summer, but I’m happy to be done. I’ll finish the courses online, thankfully.

Modeling doesn’t always last forever…unless you’re Christy Turlington. What else do you want to do?
Eventually, I’d like to get into acting. This life is new to me, because I played baseball from 2 to 25. This has been a huge transition in my life, going from my biggest passion to this. I’d love to model for awhile. The ride has been amazing!

Why you should not treat your modeling portfolio like a scrapbook

Why the Model’s Bill of Rights Matters

This website uses cookies to improve your experience while you navigate through the website. Out of these cookies, the cookies that are categorized as necessary are stored on your browser as they are essential for the working of basic functionalities of the website. We also use third-party cookies that help us analyze and understand how you use this website. These cookies will be stored in your browser only with your consent. You also have the option to opt-out of these cookies. But opting out of some of these cookies may have an effect on your browsing experience.
Necessary Always Enabled
Necessary cookies are absolutely essential for the website to function properly. This category only includes cookies that ensures basic functionalities and security features of the website. These cookies do not store any personal information.
Non-necessary
Any cookies that may not be particularly necessary for the website to function and is used specifically to collect user personal data via analytics, ads, other embedded contents are termed as non-necessary cookies. It is mandatory to procure user consent prior to running these cookies on your website.
SAVE & ACCEPT
×